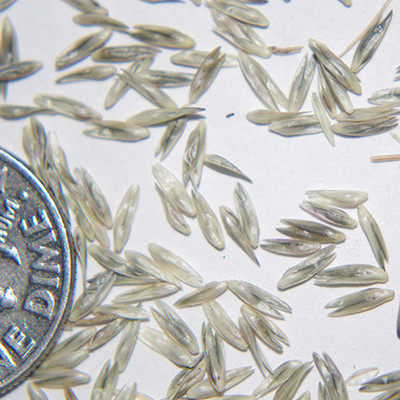 Forage: Composite dropseed is a minor portion of the vegetative composition in most of the areas in which it grows. It is not a particularly valuable forage species. The forage value of composite dropseed, compared to other grasses, is fair for livestock and poor for wildlife. It is most palatable in the spring when plants are in the vegetative developmental stage and palatability declines as culms mature. In Kansas composite dropseed tends to increase in overgrazed bluestem pastures, but it tends to decrease in short-grass prairies.

Prairie restoration and Roadside plantings: On upland hardwood forest-tallgrass prairies in central Oklahoma, the diet of cottontail rabbit is dominated by composite dropseed, Heller's rosette grass (Dichanthelium oligosanthes), and Croton species. Disturbed habitats were maintained by removal of woody overstory vegetation with herbicide and burning. Differences in the botanical composition and quality of rabbit diets between disturbed and undisturbed habitats were of little biological significance.

Composite dropseed is more drought tolerant than many grasses of the bluestem prairie.

Burning in early spring favors warm-season composite dropseed, whereas late spring burning favors cool-season species. Forage yield of composite dropseed increased following a spring burn during both wet and dry years in an Ashe’s juniper (Juniperus ashe) community in southeastern Texas. An autumn burn favored the growth of composite dropseed in a southern Texas chaparral community. A field study addressed the effects of fire, cattle grazing and the interaction of these two disturbances on plant species abundance and community structure in an tallgrass prairie in Oklahoma. Plant species composition was sampled across 4 levels of increasing disturbance intensity: ungrazed + unburned (undisturbed), grazed + unburned, ungrazed + burned, and grazed + burned. Burning occurred during mid-April. Grazing occurred from mid-May to September at a moderate to heavy stocking rate. Burning decreased the percentage cover of composite dropseed from 11.7 to 4.8, when averaged across grazing treatments and years. Grazing had no effect on the percentage cover of composite dropseed. The common species in the plant community were classified as either matrix or non-matrix species. Matrix forming species are superior competitors that consume the majority of resources, and non-matrix species occupy areas between the matrix forming dominants. In this study the matrix species were perennial grasses: big bluestem (Andropogon gerardii), little bluestem (Schizachyrium scoparium), Indiangrass (Sorghastrum nutans), and composite dropseed. The non-matrix species were perennial and annual forbs, and the annual grass cheatgrass (Bromus tectorum). Collectively, the matrix and nonmatrix species exhibited an opposite response to both burning and grazing treatments. Collectively, fire increased the cover of matrix-forming grass; composite dropseed was an exception. Grazing decreased the cover of matrix grasses and increased the cover of forbs. Cheatgrass was the most common non-matrix species. Burning reduced the percentage cover of cheatgrass from 30.0 to 1.8, when averaged across grazing treatments and years.

Sold by the 25 pound bag KY-31 Tall Fescue was released as a variety in 1943 which was propagated from a field selection made in 1931. Primarily used as a pasture grass, it was valued for its...