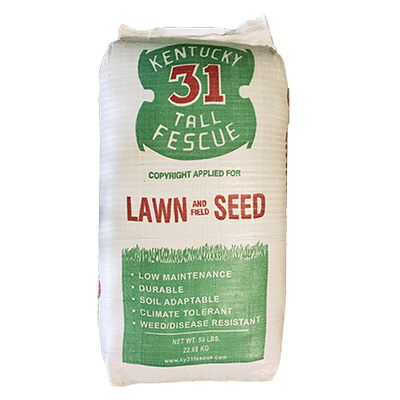 Sold by the 25 pound bag

KY-31 Tall Fescue was released as a variety in 1943 which was propagated from a field selection made in 1931. Primarily used as a pasture grass, it was valued for its hardiness and has also been widely used as a utilitarian turf grass. Newer tall fescue varieties display similar levels of hardiness while producing a more dense turf, finer leaf structure and more attractive turf.

Premium Tall Fescue & Bluegrass Blend Emerald Sport is a residential and sport turf mix combining the strengths of tall fescue with the ability of bluegrass to mend divots...

A blend of 2 parts primed buffalograss seed with 1 part of blue grama seed. These two species have similar leaf appearance and commonly grow intermingled in nature. Adapted to all soil textures, the...